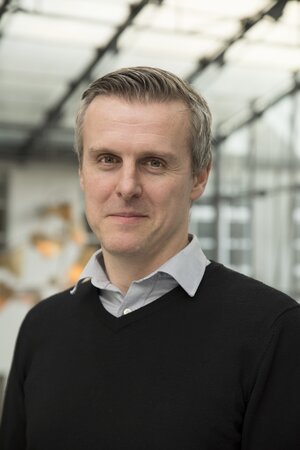 The BES and Wiley Publishers are excited to announce that Dr Hal Duncan, BDS, FDS RCS, FFD RCSI, MClin Dent, MRD RCS (Endo), PhD Prof/Consultant in Endodontics, Trinity College Dublin, has been selected, and has accepted the role of the new Editor in Chief of the International Endodontic Journal.

Hal received his dental degree from the University of Glasgow and his endodontic speciality training in Guy’s Hospital, King’s College London. For ten years, he worked part-time in specialist referral endodontic practice. He completed his PhD in the University of Birmingham (supervised by Professor(s) Tony Smith, Paul Cooper, Garry Fleming) on the subject of ‘Epigenetic approaches to the role of Histone Deacetylase Inhibitors (HDACi) in promoting dentine-pulp reparative mechanisms’. As an Academic Consultant in Endodontics, he has led endodontic teaching, service delivery and research in Dublin Dental University Hospital (DDUH) for the last 13 years. He has published over 80 international peer-reviewed scientific articles, 40 research abstracts, 17 book chapters as well as editing 2 textbooks. He was the primary author of the recent European Society of Endodontology (ESE) position statement on ‘Management of deep caries and the exposed pulp’ and is the lead of the ongoing ‘ESE S3-level Guidelines for the Treatment of Endodontic Disease’. He has been an Associate Editor for the International Endodontic Journal since 2014. Hal has completed three sponsored research fellowships in New York University/Rutgers University investigating the role of epigenetic-modifying agents on tooth development and regeneration as well as multiple research grants as principal investigator. In DDUH, he currently maintains a research lab and supervises several clinical and scientifically trained PhD students and postdoctoral researchers in basic and translational pulp biology and endodontics. Currently, he is the Director of Research in the DDUH, the Chair of Membership Committee of the ESE, a Member of the Executive Board of the ESE, the President of the Irish Division of the IADR, the Vice-President of the Pulp Biology and Regeneration Group of the IADR and a Board Member of the Pan European Region of the IADR. He is a past president of the Irish Endodontic Society as well as an external examiner at home and abroad.

The BES Council would like to congratulate Hal on his appointment and looks forward to working with him on further exciting initiatives for the IEJ.